Sessions held in Main Hall, halls C1, C2 and C3 will be streamed online. They are marked with the icon of camera

in the programme. Just click on the session box and a link to the stream will appear in a new pop up window.

European Commission presents: Supporting the Ukrainian Higher Education Sector
D3
Joint Educational Programmes as enablers for an enhanced European dimension
D4
Coimbra Group and Erasmus Student Network: on pan-European collaboration and the European Strategy for Universities
D6
Tackling foreign interference in higher education and science
D7
A European Syllabus in Teacher education: the case of the TESTEd project and some of its preliminary reflections
18:30 - 22:00
Dinner and networking

Brief Reflections on Education, Democracy, the Rule of Law, Resilience, and Diversity

Presentation will cover a recent EU call for European degree label, including a joint project of Una Europa and 4EU+ university alliances. Overview of good practice, successes, current barriers and future developments will be provided.

The Jean Monnet Actions play a prominent role in achieving the European Education Area. Teaching and learning about the EU by default addresses EU values and the European way of life. This session will feature a discussion on how the Jean Monnet actions help motivate and empower teaching and learning fostering active citizenship, equality, and critical thinking in times of transition.

One effect of COVID-19 has been that Virtual Exchange (VE) is now widely considered as an option for Internationalisation-at-Home. VE may forward institutional goals of global learning, diversity, inclusion and sustainability. Yet building bridges between top-down policies and bottom-up initiatives remains a challenge. This session discusses common forms of VE, their ancestry and characteristics and presents scenarios from the European context for integrating VE successfully in HE institutions.

The 3-dimensional, multi-aspect PROFFORMANCE Assessment tool elaborated in the PROFFORMANCE project evaluates HE teachers’ performance providing data for multi-level decision making on the quality enhancement of teaching and learning. HEIs may use it complementing existing quality assurance systems, however it is a great tool for European cooperation e.g. European University Networks providing a democratic solution for common quality assurance of joint courses.

From the perspective of the consortium that runs the tender to support the development of the European Digital Education Hub, the presentation gives an introduction to the open online collaborative community for digital education stakeholders in Europe and beyond.

A genuine crisis of academic freedom started to unfold in Europe in the second decade of the 21st century. This is at the same time a political, regulatory, legal and intellectual crisis. It is a European crisis which requires European solutions. The panel will discuss how a "fundamental values of higher education" project has emerged as one of the most productive European-wide approaches to addressing this crisis. Points will be made regarding where this project is today and what can be expected in the near future.

How to build your project support office

Well-functioning project support is one of the main prerequisites for succeeding in obtaining the funding from EU programmes (such as Horizon Europe, Erasmus+ and others). This can be proven by many top- ranked universities. Yet, there is no one-size-fits-all manual on how to build the excellent support service and each institution has to find the most appropriate model for itself, which needs to reflect its strategy and focus. The session will showcase good examples of universities from Belgium and Estonia on how their research coordination office works and what kind of services they offer to their researchers in order to increase their participation in EU programmes.

European Universities - the laboratory for the development and implementation of new forms of cooperation, teaching and learning - failure allowed - shared learning desired!:

European Universities are as diverse as the EHEA, some - like Aurora - offer the chance to blaze the trail to collaboration, always with the aim to address major challenges of society and to explore what works - failure allowed! Micros are used to overcome problems such as rigid curricula and recognition practices. At the same time, they are used to make curricula more international and inclusive. Using the example of "Sustainability & Climate Change", approaches and challenges are shown.

European alliances – a trend or a brand?:

What is the added value of the European alliances – is this a new trend in European Higher Education or only a brand for some universities? What are the experiences of those who have finished the pilot phase and applied for a roll-out of their alliances? What are the pitfalls and the enticements of the EU alliances, and is it possible to create a brand for a group with no legal subjectivity? This panel will share the experience of the partners from the EDUC alliance.

Automatic Recognition of both degree and credit student mobility is to be implemented in the European Education Area by 2025. Project SeARcH ENGINE (Strengthening Educational and AwaReness Campaign in Automatic Recognition for Higher Education Institutions - ENGAGE / INFORM / IMPLEMENT) has offered an information and awareness campaign to strengthen the implementation of automatic recognition in the Czech Republic and other countries. The session is meant to introduce the results of the project as well as offer a platform to inform about and discuss the recognition of student mobility academic results, with special focus on automatic recognition.

Since Russia’s unprovoked aggression against Ukraine, the EU and its member states have responded quickly in support of the Ukrainian higher education community, among which many have been forced to flee the country. What has been achieved this far, what are the most pressing needs now, what are the needs in a longer perspective to support the reconstruction of the Ukrainian higher education system?

A European Syllabus in Teacher education: the case of the TESTEd project and some of its preliminary reflections

Although cross-cutting issues, e.g. ESD or digitalization, facing schools are included in teacher education, there is no systematic European Syllabus leaving student and in-service teachers with a diverse learning landscape and a lot of responsibility for self-education. The project TESTEd aims to strengthen European values by establishing a European Syllabus in cooperation with 5 European universities, CPD providers and schools. In the workshop, we will present a 1st draft of our syllabus, analyse it with participants and discuss synergy effects.

Joint Educational Programmes as enablers for an enhanced European dimension

Joint educational Programmes in all their different forms represent today one of the main strategic tools for the internationalization of universities in Europe. Enhancing the quality of education and the attractiveness of the European Education Area are the most obvious benefits generated, but there is more to that. This type of collaborative programmes can also be used as vehicles to promote the European Dimension and the European values through a variety of embedded components. This aspect will become even more relevant in the framework of the upcoming Joint European Degree.

Coimbra Group and Erasmus Student Network: on pan-European collaboration and the European Strategy for Universities

The role of networks in strengthening European values - lessons learnt from the Coimbra Group and the Erasmus Student Network:

The success of the European model of integration is built on shared values, and that is what makes it not only attractive but also an incredibly solid project. It has been articulated frequently in the last decades that European university plays an irreplaceable role in our European society by integrating and shaping it, as recently recalled by the European Commission in its European Strategy for Universities. In this regard, it is crucial to see that many European higher education initiatives had pioneered in strengthening academic cooperation, even long before the idea of a common European education area. Drawing upon the university’s unique position of merging education, research, innovation and service to society (the so-called “Knowledge square”), university and student networks cumulate this capital through the partnerships they promote and operate through. The joint session of the Coimbra Group (one of the pioneering actors in the creation of flagship European programmes: Erasmus+ and European University Initiative, and the development of the European Higher Education Area) and the Erasmus Student Network will provide a reflection on the role of pan-European collaboration across the board in fostering common values.

The role of student organisations in the European Strategy for Universities - a contribution from the Erasmus Student Network:

The European Strategy for Universities will define European policies and programmes in the Higher Education field for the years to come. The objectives laid out in the strategy require stakeholder involvement at all levels: the Member States, regions and cities, Higher Education Institutions and other HE stakeholders will have to join forces and coordinate efforts to make the objectives of the strategy a reality.

The Erasmus Student Network believes that pan-European student organisations have a key role to play in this process. Their involvement is key to ensuring that students around the continent get involved in different aspects of the strategy that require their direct participation, such as European University Alliances or the new focus on Erasmus Internships that the strategy describes. As the largest international student organisation in Europe, ESN has created a set of proposals to support the implementation of the alliance at the institutional, national and international levels. This session will present these proposals in an interactive way, giving University representatives and policymakers concrete ideas on how they can work with student organisations to achieve the objectives of the strategy and take European Higher Education to a new level.

Open international cooperation in higher education and science at an international level is crucial. At the same time, knowledge institutions face a range of threats from state actors. Knowledge and technology may be leaked and used in ways that compromise our national security or is at odds with what we in the EU consider ethical. Also, covert influence by state actors may take place within knowledge institutions, which compromises academic freedom and scientific integrity. An approach to tackle this foreign interference can only be effective if we work together within the EU. What policy measures could be undertaken? How do we safeguard academic values and openness while also making sure international cooperation can take place safely? How can we work together within the EU-context?

Experience of private HEI with synergies between education and research in economic and management issues:

Currently, economic and management conditions are changing, and the importance of some issues increases, such as energy, healthcare or Green Deal policy. It is a challenge for education and research; however, the synergies between them are necessary. Is there a space for the contribution of private HEIs? What is their role? Diversity and multidisciplinary approaches are the keys. The presentation will focus on sharing the experience of private HEI with current challenges in up-to-date education and research areas.

We can only see the past but yet need to prepare our people for the future - with old knowledge or new? Higher education institutions in Europe have an important role in creating the new knowledge for the next generations to prepare for future challenges. New innovation is invented every day, but the real challenge is to turn research findings into a format that can be scaled up and even sold as a commodity. What are the ingredients of an innovative ecosystems that need to be built around and near the higher education institutions if they want to be successful also in the future?

ORGANIZED BY:
Czech National Agency for International Education and Research 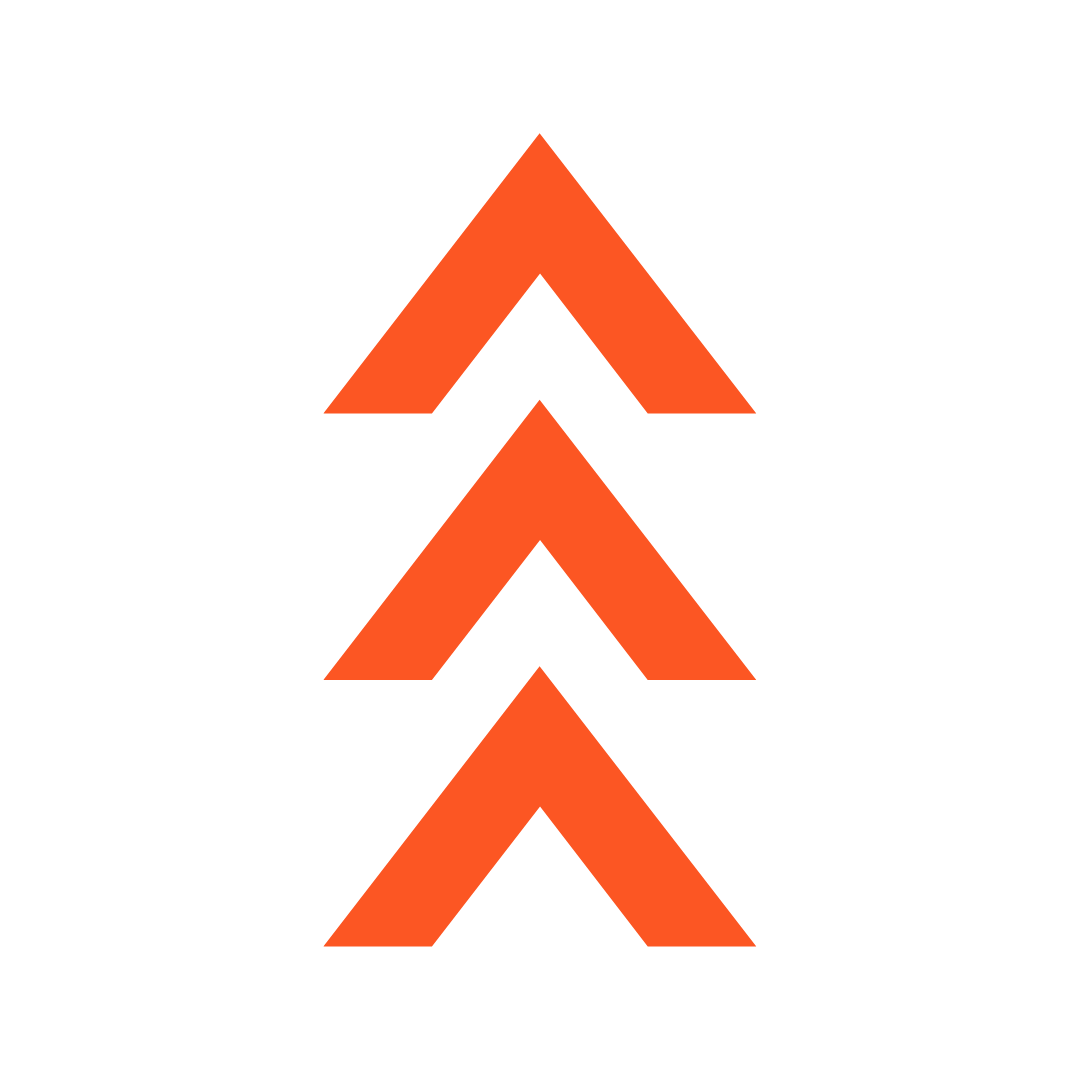